0 212 571 12 26
This email address is being protected from spambots. You need JavaScript enabled to view it. 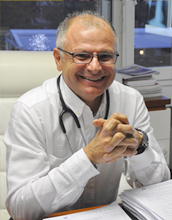 Established since 2005 in all branches of internal medicine at the medical center serves. Also in Turkey, for 20 years, he applied only in special counseling program engages in Family Medicine.

Also in recent years due to growing medical tourism for patients from abroad every kind of health service provides a fast and economical way.

About 6-7 thousand patients and their families enrolled in the computer environment, serves 24-hour telephone medical consultation. 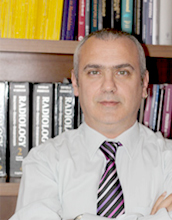 TUS successful in 2006 as "Istanbul Bakırkoy Training and Research Hospital" was awarded the radiology training. He was Radiology specialist in September 2010.

In June 2014 set up to "Bakırkoy Color Ultrasound Imaging Center" then his radiology expertise in the execution began in his own private surgery. 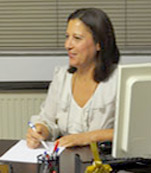 Completed his primary and secondary education in Ankara. In 1985 from the Department of Nutrition and Dietetics, Hacettepe University and graduated with the title of nutritionist. University of Istanbul in 1985, he started working at the Institute of Child Health and doing a masters degree in child nutrition expert dietitians received the title.

Between 1987-1991 Ankara University Ibn-i Sina Hospital, between the years of 1991-2009 in adult patients with section of Istanbul University in the Department of Child Health and Disease Specialist Dietician worked as.

Since 2009 to share their knowledge and experience about nutrition and diet continues to work in IDEM. At the same time has been working as a lecturer in Istanbul University School of Health Science in Nutrition and Dietetics department.

She has been found in studies on the effectiveness of group training obese children's diets and nutrition in the treatment of obese children.